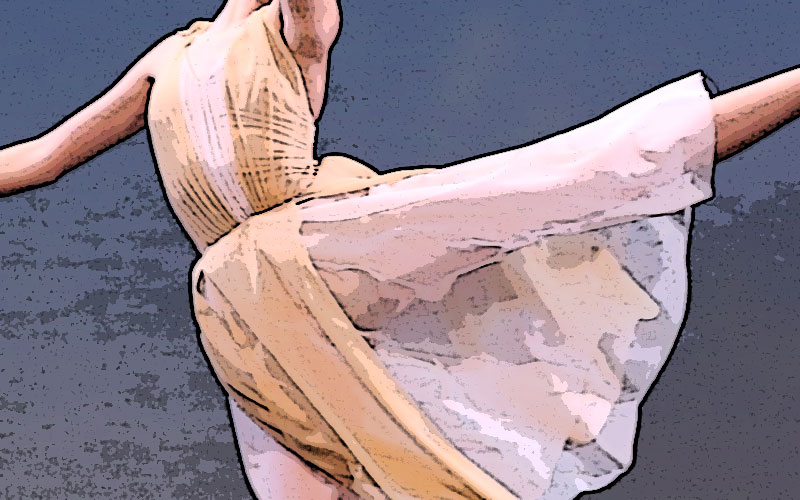 This dancer is working with a physiotherapist to identify the muscles that she should be triggering during movement compared to the ones that are actually triggering.  It turns out that her glute, along with her pelvic floor, are being a little lazy.

It never occurred to me that her pelvic floor would contribute to pain in her hip, but as soon as the physio told her to pull her pelvic floor up during a manual therapy position, her pain-free range in the hip was broadened.  I found this fascinating because I always think about the pelvic floor in relation to stress incontinence, not hip stability.

Turns out that this very important muscle group is not just key to the whole ‘I don’t want to leak’ realm, but it’s very tied into core stability. Of course all of this makes perfect sense, but core stability is one of those functions of the body that we generally take for granted, almost like breathing….until something goes wrong.

So now the question is – what exactly does ‘core stability’ mean?  Flat tummy with a clearly defined six-pack of muscles?  Don’t worry, that’s not it; you don’t have to have a perfectly defined washboard of abdominal muscles to have a stable core.  According to Medical Dictionary, core stability is “the ability to control the movement and position of the muscles of the central ‘core’ of the body which are responsible for posture and limb movement”.  Another definition is “the capacity of the muscles of the torso to assist in the maintenance of good posture, balance, etc., especially during movement.”

How is this all related to stress incontinence?  As we move throughout the day, we need to be mindful of core position and muscle use. If we learn more about developing and maintaining core stability throughout daily activities and exercise, then it seems like we will be less likely to suffer injury (such as lower back injury or hip issues) and more likely to manage pelvic issues like prolapse and stress incontinence.

Which brings us to a question for the experts – can focusing on core stability help with stress incontinence?  If you are a pelvic health specialist, please weigh in!

We Need to Teach Young Women About Their Bodies