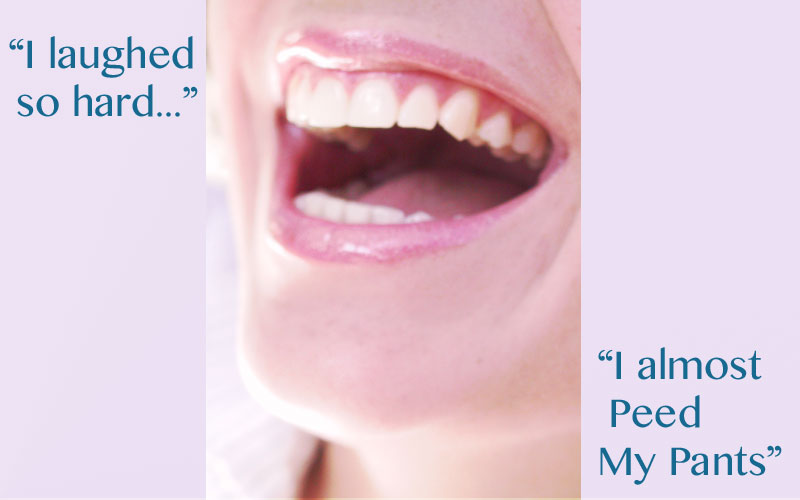 Have you ever heard someone say “I just peed a little”.  Or how about “it was so funny I almost peed myself laughing!”  Chances are the person telling you they almost peed themselves probably didn’t, because if they were really worried about peeing accidentally – if accidental leaks were a regular occurrence –  they would probably say nothing.  The one in three women who have stress incontinence, ie. accidentally peeing unexpectedly, are a quiet bunch because it’s an embarrassing secret to share. But we need to talk about it, to help ourselves and others recover from the condition.

So, have you ever leaked a little pee accidentally?  If you have, it’s ok.  Well, it’s not ok, because it doesn’t feel good and you worry about social implications, but it is ok, because it’s not your fault and you’re not alone.  According to the Canadian Continence Foundation, there are over 3.3 million Canadians with at least one of the different types of urinary incontinence.  That means that almost 10%* of the entire country suffers with this problem! To bring the numbers a little closer to home; between you, your mother, and your sister, one of you has probably experienced stress incontinence, or leaking from sudden abdominal pressure, from every day things such as laughing, sneezing, or coughing.  If you’re out for coffee with a small group of women, chances are that at least 2 of you sipping on lattes have had a leaky oops moment at some point.

How Does Accidental Peeing Happen?

Urinary incontinence, or accidentally leaking urine, can be caused for many different reasons, such as a weakened pelvic floor or hormonal changes. There are lots of forces at work against us as we try to keep our pee in control over our life spans, including (but not limited to):

Could Accidental Peeing Happen to Me?

Sadly, no one is guaranteed to be free of accidental peeing throughout a lifetime.  Urinary incontinence isn’t something that happens exclusively to the elderly or the unfit.  Accidental leaks can happen to anyone, through no fault of their own. For some, it’s a rare issue or minor inconvenience. For others, it can become debilitating, impacting every aspect of life.

Accidentally leaking pee is a symptom of something else going on in the body. A pelvic health specialist, such as a physiotherapist or gynecologist, can help assess the problem and find a solution. The problem isn’t likely to go away on it’s own so if you’re worried about incontinence of any kind, it’s best to seek support sooner rather than later.

So, have you ever leaked a little pee accidentally?  Help us get rid of the stigma by starting a conversation.  Comment below or share your story.