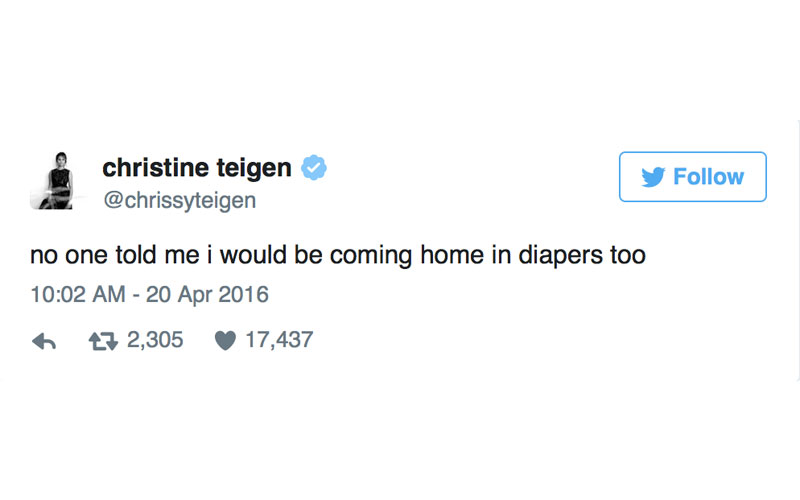 New mom and model Chrissy Teigen tells it how it is on Twitter.

Post-partum bleeding and incontinence are a couple of the lesser known goodies new moms bring home with their babes. In the U.K, a study of 1,900 new mothers found that nearly half experienced postpartum incontinence in some form.  While the bleeding is like an extra-long period that our bodies cycle through, incontinence is a shocking surprise that won’t necessarily go away without some intervention from new mom.